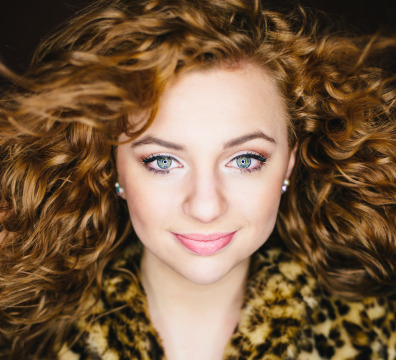 It all starts with a girl and a guitar. That girl is Krysta Nick and when she was 9, she won first place in a local talent show, which awarded her $200. That’s a pretty big chunk of change when you’re a tween and, for the average girl, that amount of loot could do some major damage. However, lucky for us, Krysta wasn’t your average girl and instead of squandering her new fortune on a pair of shoes she’d outgrow or a mobile device she’d outsmart, the aspiring singer decided to invest her winnings in her first six-string.

From then on, the two were inseparable and it wasn’t long until she started to develop her own style, as both a musician and a vocalist. Though Krysta grew up outside Atlanta, Georgia, she was constantly traveling back and forth to Nashville, soaking up all the sass and spark the Music City has to offer a budding country songstress. “I automatically have this twang because I’m from the South,” Krysta says when asked about finding her voice. “I know I’m a country singer but pop music has a really big piece of my heart, so any pop song I can take and make country people embrace it, works for me.”

And that’s exactly what the Krysta did two years ago when she started uploading videos to her YouTube channel. Again, armed with nothing more than her Maton guitar and signature smile, Krysta would record herself singing songs and talking about her life, both of which captivated viewers and sparked an undeniable connection between the country-pop starlet and her ever-growing legion of fans. It takes some artists decades to develop their own voice, and Krysta already has a pretty firm grasp on who she is and where she wants to go. “What I’m doing is different than what everyone else is doing,” Krysta says of her new material, which helped score the singer Best Youth Country Artist at this year’s Georgia Music Awards. “That’s why I try to be as original as possible and not really fit into a mold.”

Krysta is currently writing and rehearsing the songs she hopes will make it onto her first proper album. These days, when Krysta’s not holed up in the studio, she’s spending time with her friends, family, blasting music, driving around in her Jeep and, of course, tweeting. “I basically tweet my whole life,” Krysta openly admits. “I want people to know as much about me as possible.”

We had the pleasure of catching Krysta Nick at the Rutledge in Nashville. She was one of the opening acts for Mac Powell‘s country show… and she brought humor and a fresh, new sound to the stage. Everyone sound checked before the show, as musicians typically do, yet somehow, each musician had issues with the main microphone before their first number (despite getting it resolved each time). Instead of getting frustrated, Krysta decided to have a little fun with it, ending with a cute little dance to celebrate working equipment! It was awesome! She opened with a song called “Kill My Friday Night,” incredibly ironic given the sound check issues and the fact that it was a Friday night.

Krysta has worked with musicians like Jason Hoard (Black Cat Studios, Jason Hoard and the Furies) and Mac Powell (Third Day, Mac Powell and the Backsliders). In addition to her music career, Krysta Nick is also a regular vocalist and guitarist for a few local church worship teams.

With her powerful and soulful voice, this girl is going places, y’all! In fact, just a few days ago, Krysta won an award at the GA Music Awards — the 2014 Youth Country Artist of the Year! Congrats, Krysta… totally deserve it!

You can keep an eye out for what’s going on with Krysta through all the usual social media spots (Facebook, Twitter, Instagram), and you can purchase her self-titled album on iTunes.

So without further ado…. Enjoy!

"It's been our pleasure to watch Krysta grow from a talented 8-year old kid with promise into a 16-year old artist to be reckoned with. And it's been a total honor to have been involved in the development of her craft from singing and song writing, to playing guitar and piano. We're all so very proud of Krysta and can't wait to cheer her on as she moves her career into a national realm and shines that light continuously forward...and to selfishly say, we knew her way back then."

The first time I heard Krysta, I knew she had "IT", and by the way, she was only 12.   She's now 15 and a pro in the studio and delivers live.  Be sure to check Krysta out soon!